Ventura County supervisor, 73, is struck and killed by SUV w 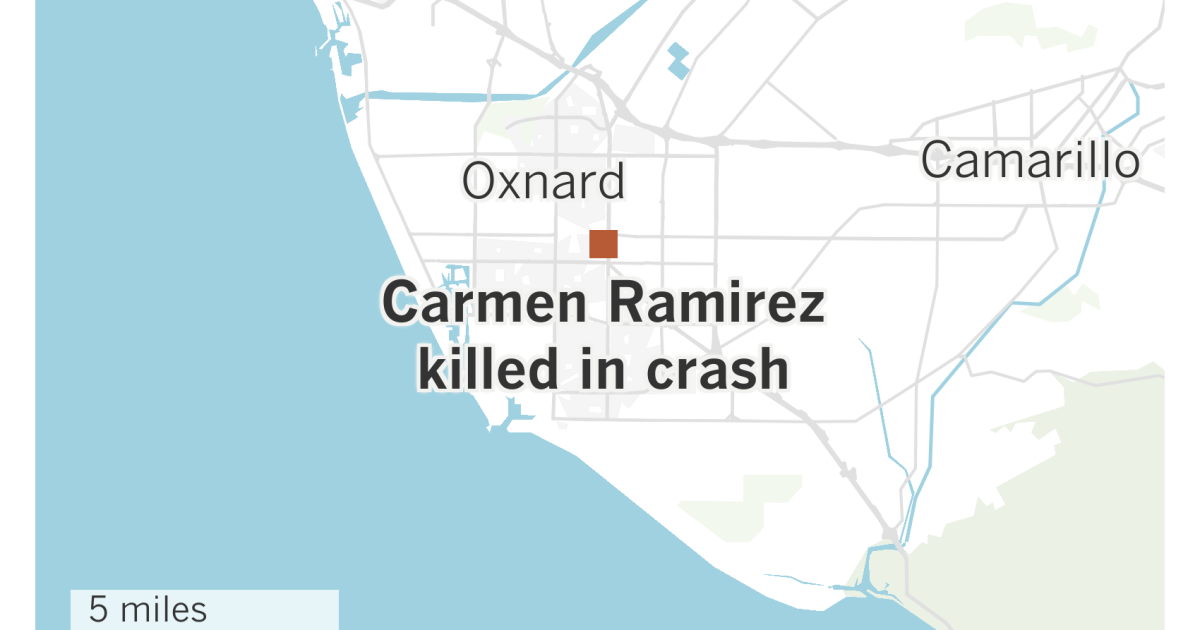 Ventura County Supervisor Carmen Ramirez was hit and killed by an SUV whereas strolling in a crosswalk in Oxnard on Friday night, in keeping with officers.

The accident occurred at West seventh Road and South A Road at round 6:40 pm, the Oxnard Police Division confirmed late Friday.

Investigators discovered {that a} pedestrian, later recognized as 73-year-old Ramirez, was strolling in a crosswalk on the intersection when he was struck by a 2020 GMC Sierra 2500 pushed by a 38-year-old Oxnard resident.

Police stated Ramirez was taken to hospital the place he was pronounced useless.

Police stated the driving force remained on the scene and cooperated with investigators. The administration didn’t establish him on Friday evening.

After a preliminary investigation, officers decided that the GMC was heading west in the direction of A Road on the seventh, police stated.

Ramirez beforehand served as a member of the Oxnard Metropolis Council.

Officers had been current on the spot late Friday evening and continued the investigation.

Anybody with details about the accident is requested to contact CPL. Andrew Pinkstaff at (805) 385-7750 or andrew.pinkstaff@oxnardpd.org.